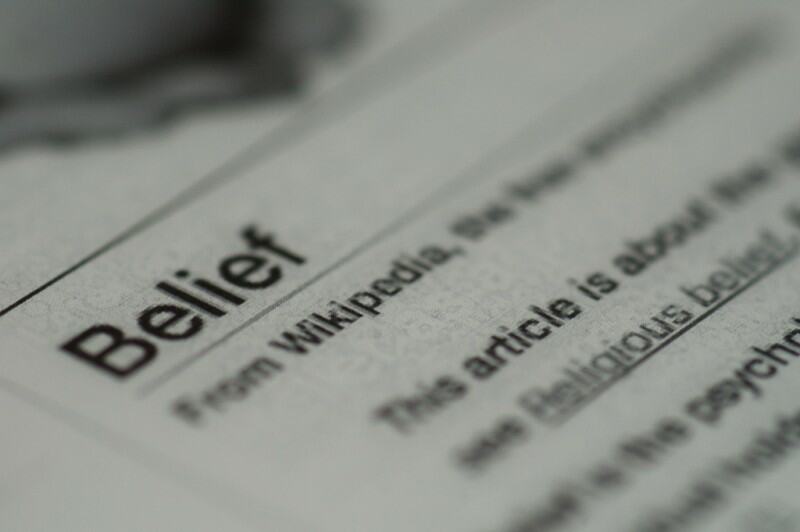 If God has called you to the task of leadership, nothing can stop you. Your identity rests in your relationship with Him, not the approval of the people you are leading or the watching world around you. Instead of living in the comparison trap or the fear of what people will think, you must develop your convictions – theological, ethical, and practical – and stand by them.

1. Derision. When you’re in leadership, one of the first ways people will try to get you to deny your conviction is to make fun of you. Your convictions may very well be a punchline at times.

2. Discouragement. One of the enemy’s most powerful weapons is discouragement. Why? Because convictions, by their very nature, require courage to uphold. Discouragement usually comes at the half way point when you’re halfway done with the project or halfway up the mountain.

3. Dread. Fear is one of the greatest threats to a leader’s convictions. I’ve often said, even when put on the spot by secular media personalities that I must fear God more than other people. It is to Him alone that I will answer someday for how I stood by the deeply held beliefs He called me to possess.

4. Discord. Few things will stunt the growth of a movement or a church faster than gossip. One rumor or false accusation has the potential to destroy the reputation of a leader.

5. Division. It’s a big challenge for a leader to keep people together in a movement, but its essential. And since leadership is all about getting human beings to work together toward a common goal, this challenge is especially difficult for a leader to face.

6. Distractions. If the enemy can’t divide the people of a movement, he’ll provide distractions. Some of the distractions that cause the most problems aren’t bad things but rather good things that aren’t the best things.

7. Defamation. Paul was hounded by the Judaizers. Nehemiah had to deal with Sanballat. Jesus was falsely accused of blasphemy. It’s the pioneers out front who are most likely to get shot in the back. It’s a side effect of an expanding influence.

8. Danger. The Bible never actually promised believers a life “safe and secure from all alarms.” On the contrary, those who lead and have a voice will also suffer persecution and encounter danger along the way.

The enemy will try to use all eight of these tactics to top you from leading. What do you do in the face of such opposition? Don’t give up! Hold onto your convictions. Be persistent. Endure. When you are committed to your convictions, nothing will cause you to quit. And a “no quit” attitude is an essential characteristic of any great leader.