This is a prophesy spoken in the solid past 10 years.

"This nation shall experience a cloud of the glory of God, the anointing coming down upon this nation like a thick cloud filled with rain, filled with great potential and it will come down and it will blanket all of the islands like a cloud and it won't come and just wash across and go, but it will settle and it will continue to fall...the rain of God's presence will fall on this nation in a powerful way. And the reviving…

Fiji Political Crisis - Workings of the Orange Smokescreen At a recent meeting of a Prayer Meeting Group held here in Suva, there was special revelation from God of very interesting developments in our spiritual realm. It was revealed that the current political impasse facing the Government and Military are the workings of the Masonic Spirit called the Orange Order Smokescreen. [The Orange Order was founded in Ireland in 1795 to wage war against… 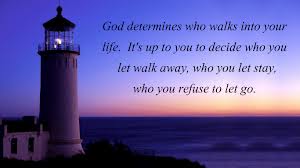 The scripture said that King Jehoshaphat suddenly learned a great Army was coming against him.In alarm, He gathered his…

"And the tongue is a little member,and boasteth great things.Behold,how great things,behold how great a matter a little fire kindleth !" James 3:6.

Christmas is just a day away and we should be rejoicing,uttering good news and celebrating the coming of Christ.

The tongue is a system (word) of iniquity that sets on fire the whole course of life,and is even set on fire by Satan,(Evil). Words can hurt a lot,not just one person or a few,but many,perhaps a whole nation.How I…

The twelve disciples had been formed,trained into missions and given power and authority over demons and diseases.They were performing miracles and claiming that Jesus was the Messiah.The disciples was to do service but nothing in the way of money in their purses.They were to rely on the gifts and hospitality of those to whom they preached.The authority and the word of…

As a child John Hunt often sat by the fire, engrossed in his father’s tales of military adventure. At 16 he nearly died of “brain fever.” Recovering, he found the Lord in a Methodist chapel. He later married Hanna Summers, and on December 22, 1838 they arrived on the Fiji islands as missionaries.
They shuddered…
Continue You are no longer strangers and aliens...you are fellow citizens with God's people,and you belong to God's household.  Ephesians 2:19.

Christmas is just around the corner and everyone  is getting ready to celebrate.Our loved-one in Fiji who we have missed for so long and other parts of the world.Now therefore draws a conclusion that Christians are no longer alienated from God,but now enjoy the same intimate relationship with Him and the same spiritual blessings.

God gives us the breath of life,Gen.2:7; then He take it away. We just buried my sister at Sacramento,I missed her that we should be spending Christmas together.Thankfully,that we are surrounded by many things that offer comfort:the rest of the families,the beautiful smiles and the the sign of hope.Trusting in God and walking by faith can carry you far.Christmas time is a busy time,looking for gifts,plenty of food and…

We are pleased to announce the launch of Tahira Corporation website: www.tahiracorp.com for further information regarding our products and service email inquiries to info@tahiracorp.com

Jesus must have been talking to farmers.In order to bear fruits,our heart needs to be receptive to spiritual seeds.We need to pull up the weeds of worldly passions.Addressing these issues superficially is not enough;they need to be addressed at their roots.As these desires gradually change,we're be able to receive new spiritual seeds.This transformation is a…

Behold,a virgin shall be with a child,and shall bring forth a son,and they shall call his name Immanuel,which being interpreted is,God with us. Mathew 1:23.( Me da marau ni sa vakarau tadu mai na Karisito.) Advent is the coming of Christ and all creations are looking forward to it.The flowers blossom and the plants are green."Chlorophyll," a green pigment and allows for "photosynthesis,"the ability to absorb energy from the bright lights that cause energy to cause growth.The fulfillment of…

PASTORS ARE SHEPHERDS (We cannot separate them).Concerning a remark by Archbishop Peter Loy Chong...yes Religion is a public matter.Yes,Priest and clergy can be involved in politics.

We must not forget that Fiji and Rotuma was civilized by Christianity and should be taken into considerations.In the Bible,Joseph and Daniel laid hands in the people's affairs for their wellbeing.

The enduring impact of Pope John Paul 11 that he was well known for his Political Activism.So did…

Jesus said,"I am the way, and the truth and the life,No one comes to the Father except through me." John 14:6. We are approaching Christmas and we have a lot needs and demands. We have started the Advent Season,to celebrate the coming of our Lord Jesus Christ and our children are looking forward for presents.I am grateful to the faith that has been installed in me that God wiil be there to meet all my needs.We must continue the journey of faith and leave footprints for others to…

This is the day that the Lord has made;let us rejoice and be glad in it' Psalm 118:24. Too often we worry about what's ahead...our time is 24 hrs,but God's time is eternity.Most of the times we hurry through our lives and we forget that God creates us for a purpose. Look at the birds of the air and the lilies of the valley;they singing daily and blossom while we were made to have dominion over them. We must be open to the Holy Spirit that can guide and provide us with opportunities,and be…

And the Lord said to Cain,"Where is your brother Abel?" And Cain said,"I know not,Am I my brothers keeper ?" Gen 4:9. ( Me da veisautaka,"Io, au na maroroya na Taciqu.") From the beginning of creation everything was good and Evil started creeping.The devil tempted Adam and Eve and then Cain.Cain and Abel brought offerings to the Lord...God judge their Spirits.We are living in a world full of uncertainity,problems,infighting and politics.We must change our attitude and rebuke Evil.Change the…