Would like email or phone number of Taniala Vuniwai pls.

Would like email or phone number of Taniala Vuniwai pls. Continue

MIRACLES :
The supernatural ability to display Gods' power by miraculous works which cannot be explained by natural law.

GIFT TRAITS :
- The gift of faith seems to correspond… Continue

Remember what famous politician said in time gone past
You can fool some of the people some of the time , but you cannot fool all the people all the time.

The 3 Stooges
With all due respect to Qarase, MPC and VB it boogles the mind to ever consider these 3 working together as a unit.

The has worked with each other on a duel basis--
1. Qarase and VB - before and after 2000
2. MPC and VB- during the illegal administration and is still runing
The… Continue

The Commonwealth and Fiji

I agree with the comments made by Apete on ' Interim Regime moving the goal posts' and I have also sent this comment to the Commonwealth for discussion and debate.

The reasons put forward by Bainimarama for carrying out his 2006 coup provide a good parallel of Fiji’s post-coup state of instability. His justifications have been wandering all over Fiji’s political landscape and represent the height of insincerity. These started off in… Continue

JUST TO KEEP YOU GOING!!

A SAD THING IN LIFE IS WHEN YOU MEET SOMEONE WHO MEANS A LOT TO YOU, ONLY TO FIND OUT IN THE END, THAT IT WAS NEVER MEANT TO BE AND YOU HAVE JUST TO LET GO....!!!

ALWAYS PUT YOURSELF IN OTHER'S SHOES..IF YOU FEEL THAT IT HURTS YOU, IT PROBABLY HURTS THE PERSON TOO...

THE FAIL WORD OF MY DICTIONARY MAKING ME BELIEVE THAT IT TAKES ONLY A MINUTE TO GET A CRUSH ON SOMEONE, AN HOUR TO LIKE SOMEONE AND A DAY TO LOVE SOMEONE BUT IT TAKES A LIFETIME TO FORGET SOMEONE.....

A new department at the Parliament complex to facilitate Government’s roadmap to the 2014 elections.

Congratulations to see that a positive step had been made to facilitate Government's RoadMap to 2014. As guided by the rule of law and a legitimate framework, I will give some credit to the illegal regime in its vakamalua style of implementation which forces me to think this is just dangling of the carrot in front of the nation and the international community. Given the history of this Illegal Regime I cannot be faraway from the intent and purposes of this beauracratic… Continue 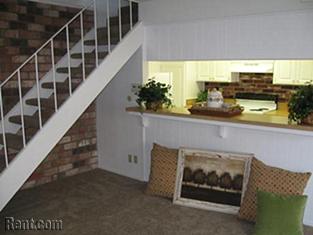 A kingdom mandate! Are you in your "ALREADY" season?

Are we living beneath our full entitlement as children of destiny?

As God's own son and daughter, we are commanded to rise up and lay hold of that which we've been created and saved for. Our nation and our world need us to fully realize our position as God's son or daughter in this crucial hour. Are we undergirded with wisdom, insight and power to rise up and take it back?

We are not a beggar in God's kingdom, pleading crumbs from His table. We are a king or a queen, and a… Continue

Every Sunday afternoon, after the morning service at the church, the Pastor and his eleven year old son would go out into their town and hand out Gospel Tracts.

This particular Sunday afternoon, as it came time for the Pastor and his son to go to the streets with their tracts, it was very cold outside, as well as pouring down rain. The boy bundled up in his warmest and driest clothes and said, 'OK, dad, I'm ready.'

His Pastor dad asked, 'Ready for what?'

I am sorry to note, how you feel towards the current status of fiji. I would like to help you in a much brighter perspective. Why worry, why the critics, Fiji does not relie on Mr Gordon's speech as you stated. Fiji belongs to a God, the creator the Almighty God. The Father who is in heaven, everything that is happening now in this beloved country is his doings, praise God !!!!!!!. God has chosen this man (Mr. Bainimarama)to lead us.
Believe me, people like you have tried eleven times to… Continue

" TO HAVE THE BEST HEALTH IN LIFE "
Having then gifts differing according to the grace that is given to us, let us use them : if prophecy, let us prophesy in proportion to our faith.

PROPHECY :
The supernatural ability to speak forth a divinely inspired message of God declaring futuristic or present truths.

GIFT TRAITS :
- They speak forth the mind of God.
- They plead the cause of God… Continue

WORD OF WISDOM :
The supernatural ability to proclaim a message of Godly insights concerning practical matters in a given situation or for a given task.

GIFT TRAITS :
- Have a good understanding of biblical truth.
- They apply… Continue

Bravo! to the Methodist Church of Fiji

I take my hat off to the Methodist church of Fiji & Rotuma for taking the difficult and humbling decision to back down to the Regime. It was brave and the right thing to do. It made me proud to be a Methodist.

Rev Tevita Banivanua told the Fiji Times. "But we're strengthened by God's word when He said: 'For when I am weak, then I am strong' (2 Corinthians 12:10)."

It may seem to the world that many doors are closed, but this is when the God we believe in steps… Continue

Shifting Goal Post by The Illegal Government of the Day.

As we are follow the birth of the era of VB ,we are being disturb by the shifting of the goalpost as time parades past us. Officially he came with magnum hollering corruption by the legimate SDL Qarase led government. As time goes by we are being acclimatised(given the time and the rhetoric and media censoreship) to the tastes and the verbose of the illegitimate leadership- and when he strayed faraway from the initial vindication of his taking over, we are seemed to be also be sleeping on… Continue

Issue With Having 3 Girlfriends, They Gang Up To Beat You Up


Three women allegedly attack man who dated each of them while he was married. But what happens when you mess with three?

An unidentified married Wisconsin man who was dating three women at the same time found out the hard way that it can only mean trouble.

After finding out that the same Casanova had been courting them all simultaneously,… Continue

Response to the Fiji's Ambassador - Appalling

Further to the Fiji Times 31/7/09 and Web story posted Monday 3rd August 2009 by realfijinews.xanga.com under the heading, "Fiji Ambassador to the U.S. Appalling", I agree with the analysis, and would like to pick up one important point from this distasteful episode.

The illegal Ambassador to the United States of America, Winston Thompson is quoted as saying in para 4. "There are many other views that exist around the world on the Fiji situation but… Continue