Bring Resplendent in red and gold, it's Samsung's attempt to be together Marvel tie-ins with his latest little strange allreli galaxy s6 flip case. The result is probably not a phone ... Tony Stark would choose
Full theme package includes Iron Man Arc Reactor-esque wireless chargers that you can see in the video below of protection, along with a clear cover for 64 gigabytes version S6…

Read the Ruling below and stay Reminded that the Bainimarama Government Illegally Seized Power in 2006 and were Ruled to be so!

Therefore its rule, 2013 Constitution, decrees, programmes and policies since 05 December 2006 are illegal.

There is nothing in law to prevent the reinstatement of the 1997 Constitution!

Where To Now For The Opposition in Fiji Parliament?

With a heavy heart I pen this piece following Ratu Naiqama's patently unjust suspension from the house earlier today. The decision also begs real questions of the Opposition given its inability to make a difference against the torrent of procedural abuse by the Fiji First regime!

We all knew it was always going to be tough as the rules of the game let alone numbers were stackec against them from the start. All realised that the:
- 2013 Constitution;
-…

Any move to sanction the utterances of an MP spoken outside of Parliament, is tantamount to gagging free speech!

But will that make an iota of difference to an FFP government that is drunk on power and vindictive intentions? Don't think so and Fiji is now on another crest of an even more dangerous trajectory as democracy gets sacrificed by sheer weight of numbers in the guise of parliamentary rule.

Text: One of the lepers,when he saw he was healed,came back,praising God in a loud voice. Luke 17:15 (NIV). Whenever I hear the story of the 10 lepers,I am amazed that only one came back to thank Jesus,where are the rest?Jesus had given them back their lives.Jesus response allowed them to be reunited with their families and to be part of their community again.

I too have been delivered from a horrible disease-sin-that would have left me an outcast just like those lepers.Salvation is…

Samsung's new feature, you can easily tell what you're doing with other Samsung devices

Samsung released the Samsung flow test version Monday, which lets you transfer your other Samsung devices do not have the same problem.
It is basically the allreli galaxy s6 flip case, which lets you pick up where you left off on your iOS device or Mac. Microsoft also has a similar feature called continuous.

Samsung flow, you can start an e-mail on your phone, for example,… 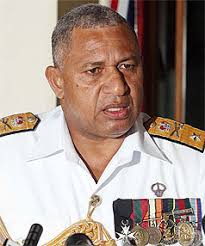 Pray someone tell me how on earth something uttered outside of parliament in Fiji can ever be adjudged to contravene the standing orders? Even granted that those standing orders were written by the party running government without any contribution from other political parties!

Even worsen when it is public knowledge in Fiji and on YouTube that Bainimarama, the PM himself, can be heard threatening to throw a bottle at an Opposition MP IN…

It is every itaukei Fijians’ duty to see its return, similar to our native lands!

“There is however one other matter which gives us concern, namely, our reefs … All reefs have ownership from the past down to the present time; that is clear to us … We beg of your Majesty (Governor Sir Arthur Gordon) that…

Death of Democracy in Fiji

Elation and hope following election in Fiji last year, has now given way to doom and pessimism as the Bainimarama government continues its dictatorial ways.

This behavior was evident well before the new parliament set. Rules for running parliament and MPs pay were unilaterally set by the regime without the input of other political parties or their elected MPs.

Once parliament began, the bias of the Speaker in controlling debates and the questioning of ministers…

The Solicitor General this afternoon issued an advice to Police for SODELPA to apply for permits for their constituency meetings starting this Thursday. This was relayed to SODELPA officials at 4.08pm by Police Public Relations Officer Ana Naisoro.

The Solicitor General has cited Sec 8 of the Public Order…

Each flagship smartphone hypes his camera with a spicy mixture of marketing-speak. Laser focus. Ultra pixels. Often it's just shit, but I used the allreli galaxy s6 flip case on the new LG G4 and it really lives up to the hype. Mostly.

Camera on G4 to be great in theory, because its sensor size 1 / 2.6 inches, which is larger than 1/3 inch sensors most phones. It also has a…

Text: The psalmist wrote,"When I look at your heavens,the work of your fingers,the moon and the stars that you have established;what are human beings that you are mindful of them,mortals that you for them?"

Psalm 8:3-4. (NRSV). Our God who created this great universe can see from one of its"ends" to the other.Just the other day I saw the news that a modern Telescope have found million other Universe in outer-space.Anyway,God created us and knows everything about each of us-our…

A History of Mother’s Day Mother’s Day, in one form or another, has been around a long time. In ancient Greece, a celebration honoring mothers occurred every Spring.

In the Middle Ages, a custom called Mothering Sunday began when children, who often left home early to learn a trade or become apprentices, would be released from work every year on… 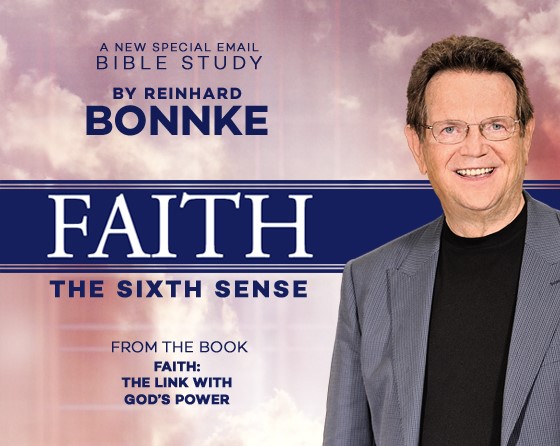 The next fact is this: There is no substitute for faith in God. History rings the warning bells. Without the knowledge of the Lord God, nothing has ever made sense. The ancients, even the most brilliant thinkers, produced the wildest ideas, superstitions, and speculations. Mystery clothed nature. They were sure of nothing, not even of…

Text: Bless those who persecute you;bless and do not curse them. Romans 12:14.From the Old Testament,"Eye for an eye and tooth for a tooth,"Jesus change the Doctrine to,"Love your neighbor and No Violence."Look at Middle East who still carrying out those Laws,are collapsing.Christians must be careful to contain our Law or find ourselves in their same situations.

Sometimes it seems as if every day we encounter a difficult person.We may try to avoid them,complain about them,or comfort…

The GCC To Run Fiji

My thoughts is that all Fijian chiefs get together and form a government . All Fijian Affairs are to go through them.  It would be a Fijian Bank

So if the government of Bainimarama wants to lease or develop the land it has to negotiate through the Fijian Bank put in place by the GCC.

Text: 'This book of the law shall not depart out of thy mouth;but thou shall meditate therein day and night,that thou mayest observe to do according to all that is written therein:for then thou shall make thy way prosperous;and thou shall have good success." Joshua 1:8.

True that we are given the"Free Will"to live on this earth,but this is the message from the Lord.God who created us knows very well what is good for us and we are reminded daily of His Law.Imagine,Joshua a…