The end of all things is near. 1Peter 4:7 (NIV).  Every once in a while someone announces publicly that the world will end soon.A few preachers even predict an exact date.People respond to such predictions in various ways:most disregard them;others mock them;some hoard survival supplies or give away their possessions as they await the end. In today's reading,written twenty centuries ago,Peter tells us,"The end of all things is near."Peter encourages us to live here and now.The best ways to…

Do You Preach Rules or Relationship?

Do You Preach Rules or Relationship?

Heal the sick,raise the dead,cleanse those who have leprosy,drive out demons.Freely you received and freely give. Mathew 10:8 (NIV).It's a miracle working God and the same yesterday,today and forever. Jesus is the Lord of my life.Sickness and disease have no power over me. I am forgiven and free from Sin and Guilt.I am dead to sin and alive unto righteousness.You have given me abundant life. I receive that life through Your Word and it flows to every organ of my body bringing healing and…

Sisters, Are You Helping (or Hurting) Your Brothers With That Outfit?

Sisters, Are You Helping (or Hurting) Your Brothers With That Outfit?

Yesterday, I mentioned I had the opportunity to preach from Luke 17:1-10. In this short and powerful passage, Jesus gives us some…

The unilateral decision by the unelected and illegal regime to designate the name "Fijian" to refer to all Fiji citizens or nationals, instead of Fiji Islanders, will never be acceptable to Fijians or natives of Fiji.

Since the 19th century, natives of Fiji have been referred to as Fijians and the whole world have also come to adopt it, though accepting confusion over ethnicity and…

This is the day that the Lord has made;let us rejoice and be glad in it. Psalm 118:24 (NRSV).I had a good sleep last night and believing that My God is waking me up for another day.Put all your cares upon the Lord because he cares for you.Too often we worry about what's ahead.Or we sometimes hurry through our lives and forget that God creates purpose in the heart of each moment.We argue and a lot of confusions and blaming each other but when we open to the Holy Spirit's working in our…

Church Members, Here Are 10 Ways to KILL Your Church

Church Members, Here Are 10 Ways to KILL Your Church

I have the awesome privilege of serving a church that has been around for over 80 years. In those 80 years, the church has only had four…

In Christ God was reconciling the world to himself,not counting their trespasses against them,and entrusting the message of reconciliation to us. 2 Corinthians 5:19. The Bible is the inspired word of God and the outcome is what we see in the world today.It teaches LOVE and as Christians we should always honour it. Peter is talking about that we are a chosen people,that God called us out from the darkness into the marvelous light and believe in it and be positive about it. Not only did the…

And this is the  writing that was written," ME'NE,ME'NE,TE'KEL,U-PHARASIN." Daniel 6:25.Belshazzar the grandson of King Nebuchadnezzar had a terrible dream and was refered to Daniel.There was a writing on the wall.As soon as Daniel saw it he proclaimed that's the Lord's handwriting. Me'ne,for our days are numbered.Te'kel,they are weighed in the balances.Peres,one will take over.Everything will come to an end but the Kingdom of God is for ever. Belshazzar was the last king of Babylon.We are…

When you point a finger at someone, don't forget that three of your fingers are pointing at you.

How to Lead Through Crisis

How to Lead Through Crisis

If you lead long enough, eventually you’re going to find yourself leading through a crisis, and it’s at this moment that leadership is needed most.…

The sacrifice acceptable to God is a broken spirit;a broken and contrite heart,O God,you will not despise. Psalm 51:17.One of the famous scriptures as we come to the Holy Communion,the server declared,"The body of Christ,broken for you." I experience brokenness each time my selfish,sinful nature asserts itself,and I ignore God's instruction.Then other voices-anxiety,self-condemnation,or anger-join the conversation within me,while I struggle to restore confidence in myself with…

Some seeds fell on good soil and brought forth grain,some a hundredfold,some sixty,some thirty. Mathew 13:8. I began thinking about this incident in a spiritual context.In order to bear fruit,my heart needs to be receptive to spiritual seed. I need to pull up the weeds of worldly passions. Addressing these issues superficially is not enough;they need to be addressed at their roots. As these desires gradually change,I am better able to receive new spiritual seeds.This transformation is a slow…

Hannah replied,"I'm just a very sad woman,I... have been pouring out my heart to the Lord."  1 Samuel 1:15. Psalm 4 begins with an anguished cry and ends with joy and peace,found in the safety of God's arms.Often our prayers have the same pattern.We cry out to God and pour out our deepest feelings,turning them over to God. When I read the psalms in earnest,I see honest prayer in nearly every verse.I see utter honesty in Jesus' prayer from the cross:"My God,my God,why have you forsaken me?"…

Beyond Scared: 5 Reasons We're Afraid to Preach on Giving

"The last part of a man to be converted is his wallet." — John Wesley

I made an announcement at church, launching our budget for 2013.

The announcement was a difficult word — not only did I thank those people who are generous, I lovingly rebuked those who… 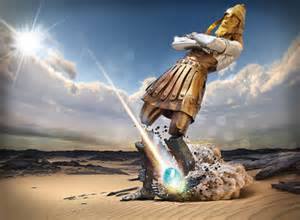 Vladimir Putin is exposing Europe as a feeble, disunited lightweight but what he does not understand is that Europe will soon unite to become the world’s most powerful and frightening superpower.
As much as he enjoyed hosting the 2014 Sochi Winter Olympics, Russia’s president was surely pleased last Sunday to see them end. In the days since, unencumbered by the need to…

Educating Our Fijian Children In The 21st Century.

Dear Church: Are You Burning Out Your Pastors?

Dear Church: Are You Burning Out Your Pastors?

I grew up in the church, literally.

I was abandoned as a child and raised by a family of church mice. By day we would hide amongst the pews. By night we would scavenge for things people had thrown away. We were like the borrowers, minus the thievery.

Some of that was made up, but I did grow up…

Jesus said," I am the way and the truth,and the life.No one comes to the Father except through me." John 14:6. I am grateful to the pioneers of the faith who led the way for my spiritual formation.Just as they faithfully walked the path God set before them,I too must continue my journey and leave footprints of faith.In addition to their faithful witness,they left tangible "footprints,"such as the construction of churches and schools,the forming of church choirs,and many other works of faith…

This Is the Biggest Contradiction in the Bible

This Is the Biggest Contradiction in the Bible

When people criticize the Bible, they often point to contradictions. “The Bible says this here, but says the opposite over here!” This proves, they say, that this cannot be God’s book, it’s no different from any other human book with the usual errors and mistakes.

Usually, it’s quite easy to…