Also Extending To The UK. With our New Rate

~~~We extending our Service to AUSTRALIA~~~!! 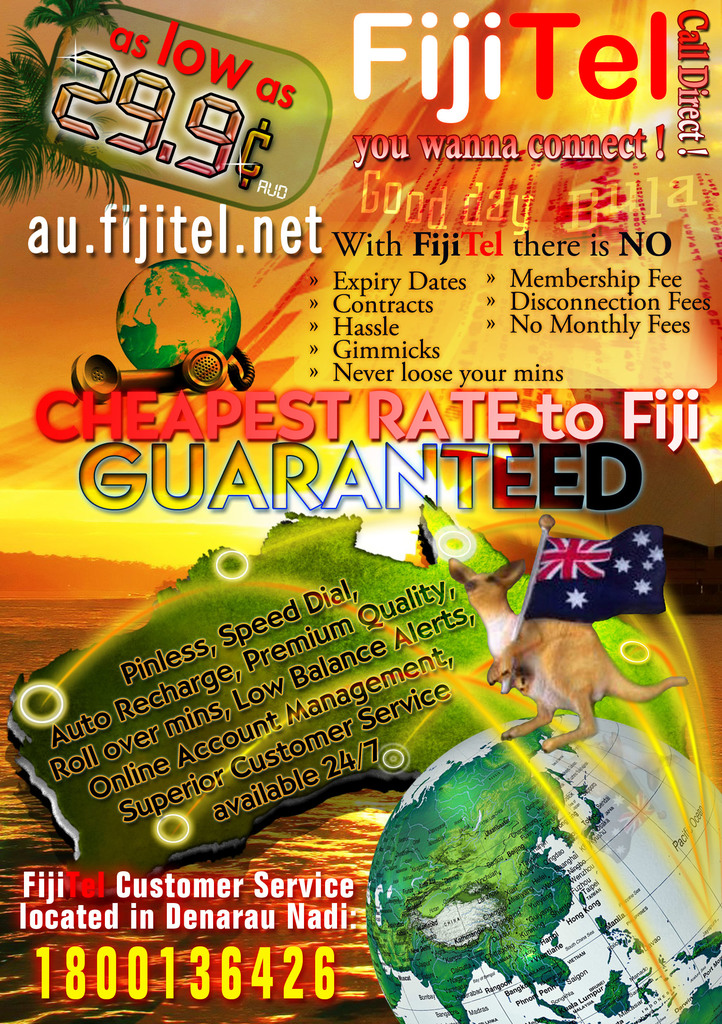 WILL BE SOON OPENING FROM AUSTRALIA & UK

We will be soon extending our Service Destination to AUSTRALIA &…

Nicocure Electronic Cigarette for Those Wanting to Give Up Smoking

They're painting a picture on the chip stating that it's for medical purposes (Insurance), now they are working into hooking your bank account to this chip, your personal details, GPS tracking device... you… Continue

If anyone is in Christ,there is a new creation: everything old has passed away; see, everything has become new ! 2 Corinthians 5:17 (NRSV) (Ni dua sa tu vata kei Karisito, sa yali na ka makawa ka sa vou na veikakecega.) Gaining our freedom is worth the struggle, it may take to get there. For many years of my life I felt like a butterfly trapped in a chrysalis- a chrysalis of secular values, philosophy, and standards.I became a new creature when I accepted Christ as my personal Savior.…

How The Bainimarama Dictatorship Has Ruled Since December 2006

by Imposing its Will by Force, Threat and Intimidation

"Fear is the key to be a successful dictator. Clampdown on civil liberties, human rights, freedom of the press, speech etc..as they are impractical democratic nuisances. Decide what your people should have, and not what they like to…

Scary Khaiyum Has Military Inside His Home And Police Outside!

“Be Afraid, Be Very Afraid Khaiyum"

That is exactly how the illegal AG, and Dictator Bainimarama's sidekick, go to sleep each night! How else can you account for having up to 5 security personnel guarding you each time you jump into bed.

This story was revealed in a report from Fiji when ADT…

The Top Five Regrets of the Dying

The Top Five Regrets of the Dying

Regret is a painful thing. We look back on the foolish things we have done and the good things we have left undone. We lament wasted years, wrong attitudes, hurts inflicted on others, missed opportunities.

Bronnie Ware, an Australian nurse, spent years caring for patients in their last… 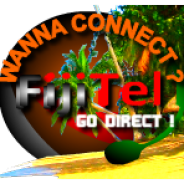 Since we are surrounded by such a great cloud of witness,let us throw off everything that hinders and the sin that so easily entangles. And let us run with perseverance the race marked out for us. Hebrews 12:1.

(Me da kakuva matua na vei ka e tu e matada,me rawata kina na bula sautu.) Passion makes a difference in many areas of life,including our faith journey. Are we passionate in serving God? Do we take every opportunity to share what we believe? Do we to live Christlike lives? How…

A program that backup every document, assignments, photos music, you name it! Click on the link below if your interested! I have this program in my computer so I thought I'd share it with you all! God Bless!

Sorry State of Roads in Fiji under Bainimarama Dictatorship

“You can't expect to instil pride and confidence over others when your own source of authority and mandate over them is illegal and questionable. That is precisely what we have in Fiji and its State institutions under the current dictatorship and it will remain so until it relinquishes…

I think the Apostle Paul heard a similar message on the road to Damascus ( Acts. 9:1-19.) Paul came to see and to say that "in all these things we are more than conquerors through him who loved us" (Rom.8:37). Nothing can separate us from God's all-powerful guidance,goodness and sustaining love.

Speak out for those who cannot speak, for the rights of all the destitute. Proverbs 31:8 (NIV).( Oi keda yadudua me da vakaraitaki vinaka vei ira na tamata kecega.) Jesus spoke about the power of non…

Speak out for those who cannot speak, for the rights of all the destitute. Proverbs 31:8 (NIV).( Oi keda yadudua me da vakaraitaki vinaka vei ira na tamata kecega.)

Jesus spoke about the power of nonviolence.He called his followers to be creative and to point out the injustice and peace in our homes, in workplace and in their communities.He came to destroy politics and evil, and did not call us to retaliate.Retaliation only breeds more violence.

We are not perfect,but the…

He was pierced for our transgressions, he was crushed for our iniquities; the punishment that brought us peace was on him, and by hi wounds we are healed. Isaiah 53:5 (NIV)  ( Na luveni Kalou e sauma na noda i valavalaca, me da vakabulai na kawa tamata ka tawamudu.)

I can relate to that man's predicament. After accepted Christ as my personal Savior, my sin and its penalty were gone. Jesus said on the cross,"It is finished" (John 19:30). Yet after I became a Christian I did not always…

How to Avoid Hell!

The only reason why you should avoid going to Hell is because it wasn't created for you to live in it! You were created for a purpose and reason in this world and I don't think we should take it for granted! People in this world are looking for some kind of spiritual guidance or spiritual awareness to fulfill their life purposes.

I'm here to tell you that God loves you, that He sent his only son to die for you! He took your place so that you may live. You see we were born into sin,… Continue

Below is a note by Father Kevin Barr recording his encounter by telephone and text with Fiji's Dictator Bainimarama. The dictator abused and threatened him over the phone and text messages following a letter to the Fiji Sun editor by Fr Barr making reference to a Chinese Flag being included in a new Fiji flag following announced changes by the Dictator…

The people of Fiji must be ever wondering when will this long period of darkness in the governance of their nation end. Come…
Continue