A couple of days ago the Chinese President said China is ready to fight a bloody war in order to reclaim what he claimed rightfully belonged to China and he was referring to Taiwan.

Saudi Arabia threatened to invade Qatar if they did not contribute to peace in the Middle East.

Even Iran threatened to push Israel into the sea if Israel continues attacking Iranian positions in Syria.

Now is all these going to lead into WW III? To an extent, yes as it is placing nations in their respective sides comes  WW III starts,but it is not the start of WW III.

Recently America, Britain and France fired missiles into Syria and Israel bombed Iranian positions as well and the world is anticipating the retaliation from Russia and Iran for the Third World War to start.

But what did the Bible said about the start of WW III? Christ prophesied about all these and we are now right in the middle of that prophecy.

"And ye shall hear of wars and rumours of wars: see that ye be not troubled: for all these things must come to pass, but the end is not yet.

For nation shall rise against nation, and kingdom against kingdom: and there shall be famines, and pestilences, and earthquakes, in divers places.

All these are the beginning of sorrows." Matthew 24:6-8

These is all happening prior to WW III or the Tribulation prophesied about in the Bible.

So when is it going to happen?

"And this gospel of the kingdom shall be preached in all the world for a witness unto all nations; and then shall the end come.

When ye therefore shall see the abomination of desolation, spoken of by Daniel the prophet, stand in the holy place, (whoso readeth, let him understand:)

Then let them which be in Judaea flee into the mountains."Matthew 24:14-16

When you see the mighty conquering army of the Beast turning their attention to the tiny nation of Israel or the Holy Land,it is time!

But which country have this great army just conquered prior to the attention on Judah?

Well Daniel have a say in that.

"And at the time of the end shall the King of the South push at him: and the King of the North shall come against him like a whirlwind, with chariots, and with horsemen, and with many ships; and he shall enter into the countries, and shall overflow and pass over." Daniel 11:40

"He shall enter also into the glorious land(see Matthew 24:15), and many countries shall be overthrown: but these shall escape out of his hand, even Edom, and Moab, and the chief of the children of Ammon." Daniel 11:41

When you see the military might of the Beast entering the nation of Israel or biblical Judah that is the time Christ said for His people to flee into the mountains. Note here that this is the starting of the Tribulation for His people namely the nations of Britain, America and Israel including His Church AND  there is no rapture. You entrusts your life unto God to protect you in those three and a half years of mayhem or the most perilous time the world have ever seen. Nuclear WW III!

Who then is the leader of the King of the North?

Refer to Isaiah chapter 10 and you will see a particular nation commissioned by the Almighty to punish His people when they ceased to rely on Him. Assyria!

"Assyrian, the rod of mine anger, and the staff in their hand is mine indignation." Isaiah 10:5

Anciently Assyria attacked Israel time and time again until 722 BC when Assyria banished the Ten Tribes of Israel and they have become lost in history. Well look at Isaiah 10:6:"I will send him against an hypocritical nation, and against the people of my wrath will I give him a charge, to take the spoil, and to take the prey, and to tread them down like the mire of the streets." This happened in World War II when the Jews were rounded up and gassed in Concentration Camps set up by Nazi Germany.

So modern day descendants of the Assyrians are the German people. And they are are missing from today's Rumours of War.

The German people held their General Election last year and  Merkel's winning party still haven't yet formed a government. And the German people are waiting for a strong man to lead them into their 3rd World War. That is the only thing left. A strong man or modern day Hitler to rise from Germany before the whole world slipped into the World War III or the Tribulation.

The Gospel of the Kingdom of God. 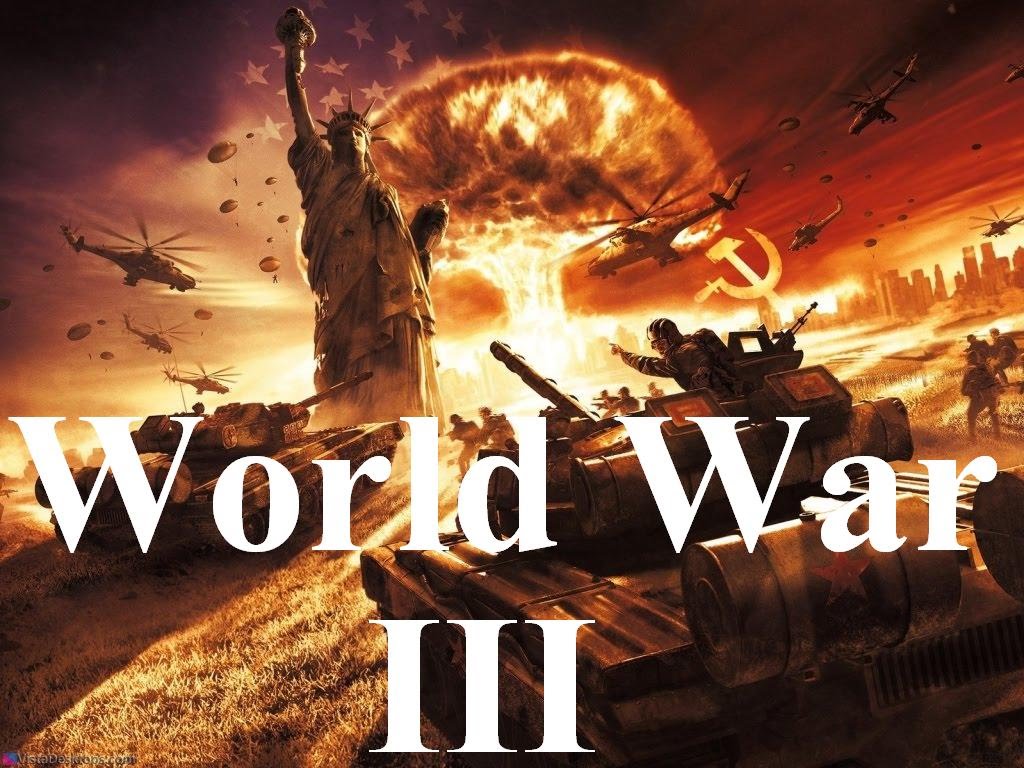 Third World War I believe will be between God himself and the non believers. The dawn of the second coming of Christ.

"He shall enter also into the glorious land, and many countries shall be overthrown: but these shall escape out of his hand, even Edom, and Moab, and the chief of the children of Ammon." Daniel 11:

"They have taken crafty counsel against thy peoples (Isireli), and consulted against thy hidden ones(Church)." Psalm 83:2