Change in the Winds - Rabuka

I highly commend the Tui Vuda and the vanua of Vuda for the accepting the apology. I also salute Mr Rabuka for his courage in apologising. Although the damage is done, the 2 parties have shown greatness in their willingness to accept each other humbly.

I sincerely hope that this gesture will start off a healing process for everyone that was affected and also that it may have an effect on the current coupmakers to realise and rethink their decisions and actions that they are currently doing.

THE Tui Vuda, Ratu Josefa Iloilo, and his people have accepted an apology from 1987 coup leader Sitiveni Rabuka for overthrowing the Government led by Dr Timoci Bavadra.

In a full traditional ceremony in the chiefly household of Vunisei in Viseisei Village on Wednesday, Ratu Josefa and village elders accepted the tabua presented by Mr Rabuka.

Taukei Sawaieke Ratu Tevita Momoedonu said Mr Rabuka went to the village of his own accord.

"He said that he did not have to rope in anybody because what he did back in 1987 was his sole decision," Ratu Tevita said.

He clarified Mr Rabuka did not go there to apologise for overthrowing the Dr Bavadra-led government, but to admit that what he did was wrong.

"It was up to us whether to pardon him," he said.

Ratu Tevita said that given that what had happened was done 23 years ago, the vanua o Vuda had forgiven Mr Rabuka.

"That is now water under the bridge, we must move on," Ratu Tevita said.

He said Ratu Josefa and some village elders were gripped by emotion with the gesture shown by Mr Rabuka.

"The Turaga na Tui Vuda thanked Mr Rabuka for coming down and humbling himself - for someone to admit he is wrong takes a lot of courage and humility," he said.

Also present at the ceremony was Dr Bavadra's younger brother and now the leader of the Tokatoka Werecakaca, Ratu Apisai Bavadra.

Comment by Cyril Karau on April 28, 2010 at 10:42am
Good on you Steve!"Need for Continuing Examples" All Christian need to continuing example of a Godly lived to the Glory of God..[1 Peter 2:21] For you have been called for this purpose, 'Since Christ also suffered for you, Leaving you an example for us to follow in his steps" When a Leader sets the kind of example that Christ set, "He gain Love and Respect"
Be blessed the people of Vuda! 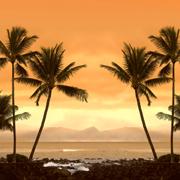